Swiss is a thoughtful professional who is able to study a problem quickly from multiple different viewpoints. Naturally curious, he asks questions in a way that not only answers the question but also forces those he’s asking to think about the problem. Swiss is always willing to try new projects and dive head-first into the deep end even if he doesn’t have prior experience. For example, he got involved with a high-rise building in Chicago that needed 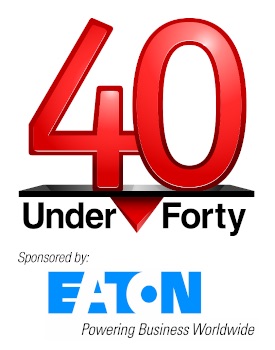 to replace the boilers and chillers. While he hadn’t previously done design work, he had been educated in HVAC design, so he was able to manage a majority of the project with very little guidance and oversight. The complicated job not only came in ahead of schedule and under budget, but it later won an award. Swiss is an innovative thinker, which was proven when he setup a new sensor system, software dashboard and performed the first field tests. He then documented the steps and created a manual for other engineers in his office to make future training more efficient. He also dives into odd projects such as diagnosing building pressure issues in an 840-foot residential tower. His calm, thoughtful approach provided data that led to several resolutions. A gifted speaker, he has presented many times internally to Cyclone and outside to other groups and organizations — he has even done multiple Pecha Kucha-style presentations. He also stays active by being the only member of Cyclone to ride his bike to work regardless of weather, which can be quite intemperate in Chicago.